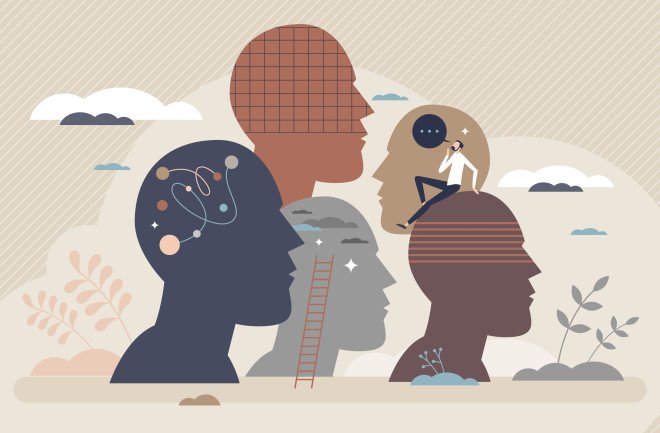 Once considered to be a childhood condition, attention deficit hyperactivity disorder (ADHD) is now admitted to persist into adulthood in various individuals across the world. Fortunately, there are multiple meds & types of behavioral therapy used to aid children & adults living with the condition in managing symptoms. Read on for more facts about this disorder, statistics, & info regarding how many people in the world have ADHD.

The disorder is most common in children, but it can also transpire in adults. Anywhere from 50% to 75% of kids with ADHD continue to experience signs of the disorder throughout their adult lives. The condition is frequently debilitating, specifically for those looking to flourish in a traditional classroom environment.

Individuals living with the disorder are at high risk of having other mental illnesses, including substance use disorder. Besides, they oftentimes have issues with controlling their emotions and keeping stable relationships, particularly if they have certain comorbid disorders.

How Common Is ADHD?

You may presently hear more about ADHD than ever, but how common is it? That’s tough to say exactly because investigators have used distinct techniques to respond to that question.

The National Institute of Mental Health claims that the behavioral disorder affects an estimated 3% to 5% of preschool and school-age kids. This means that every class of 25 children will have at least one child with this condition [2]. ADHD has always been considered one of the most common mental disorders, though some claim that the condition is a modern concern, one that didn’t exist when your parents & grandparents were growing up. By the way, some common risk factors for ADHD are as follows [2]:

Gender also plays a big role: The disorder is more commonly diagnosed in boys than girls. This may be linked to the symptoms they show. Unlike boys, girls are less likely to have hyperactive & aggressive behavior, which implies that their ADHD problems might not be picked up on by parents or teachers.

ADHD in Children and Teens

Here is a breakdown of ADHD statistics [3]:

Various global studies depict a different prevalence of the condition in children, but globally, the figure is around 5% of children and adolescents [4]. Besides, teen girls often go undiagnosed until adulthood but are more likely to be diagnosed with this condition when they begin struggling more in high school, as academic and social demands increase in adolescence. Teen boys tend to show symptoms earlier. And some girls are misdiagnosed with health issues like anxiety or depression, which is fairly typical since these disorders frequently accompany ADHD.

The global prevalence of the mental disorder in adults is estimated at 2.8%, based on a 2016 study [5. Prevalence estimates for the condition in the USA differ. Adult ADHD diagnosis rates are growing 4 times faster than ADHD diagnoses among children (26.4% boost among children in comparison to 123.3% among adults). A 2019 analysis evaluates an adult ADHD prevalence of 0.96% – doubling from 0.43% a decade earlier in the United States [6]. Besides, earlier studies have placed adult ADHD prevalence rates in the USA between 2.5% & 4.4%, with a 5.4% diagnosis rate in men compared to 3.2% in women [7].

Based on another study, the prevalence of persistent adult ADHD (with a childhood onset) & symptomatic adult ADHD (regardless of a childhood onset) lessened with advancing age. Nonetheless, by adjusting for the worldwide demographic structure in the year 2020, the prevalence of persistent adult ADHD was just 2.58% & that of symptomatic adult ADHD was 6.76%, which translates to 139.84 million & 366.33 million affected adults in 2020 globally [4].

Additionally, adult ADHD often co-occurs with other comorbid conditions. Based on a 2017 meta-analysis, the rate of comorbid bipolar disorder in adults with ADHD was estimated between 5.1% & 47.1% [8]. Also, approximately one-fifth to one-half of adults living with attention deficit hyperactivity disorder have been diagnosed with major depressive disorder/dysthymia. Furthermore, about half of individuals diagnosed with the condition have some kind of anxiety disorder. Also, more than 50% of adults with ADHD suffer from personality disorders.

As mentioned earlier, the condition is more common in males than females. Girls may be in some way “protected” from ADHD, making it more difficult for them to develop the health issue. Alternatively, they may miss symptoms or develop mental illnesses that differ from ADHD [9]. Besides, genetic risk factors linked to the behavioral disorder may be more likely to be clinically diagnosed as depression or anxiety in girls than in boys. This could give essential clues as to why ADHD is less typically diagnosed in girls than in boys [10].

A global meta-regression analysis of 11 studies of adults with the disorder discovered that although the ratio of males to females living with ADHD lessened with age, a gender ratio of 1.6 to 1 (males to females) was still present in adults aged ≥19 years [11].

In the USA, the prevalence of ADHD by gender is as follows [12]:

Nonetheless, in adulthood, the number of males & females with ADHD is much more identical (5.4% for men compared to 3.2% for women). Studies imply that women & girls may be affected more than these statistics suggest, but because their signs may look distinct, they’re being diagnosed afterward or not diagnosed at all [12]. Furthermore, global prevalence estimates for childhood ADHD range between 3% & 7% with a male-to-female ratio of 3:1 in population-based studies & between 5:1 to 9:1 in clinical samples [13].

Not all countries have published their data on ADHD for children younger than 6 years old. However, some places do have some records concerning this. The percentages equal 1.8% for Germany, 1.9% for Norway, & 5.4% for Spain.

Furthermore, ADHD rates (individuals aged 18–44) for other selected countries are as follows:

In Australia, ADHD rates totaled 3.72% in 2019. This data is up from 3.68% in 2018. The list given above depicts some of the highest country-specific populations in percentages of individuals with the behavioral disorder in 2019. The percentage is given as per the country’s population [14].

The most efficacious remedy for the mental disorder is a mix of medication & behavioral therapy [15]. Stimulant meds, like Ritalin & Adderall, are typically prescribed first. However, if stimulants don’t function as needed, a doctor might try a non-stimulant drug like Strattera. These meds affect dopamine and/or norepinephrine to aid patients in concentrating & reducing impulsivity.

Undoubtedly, some of the most effective ADHD drugs with stimulant-like effects are modafinil (Provigil) & armodafinil (Nuvigil). Although they are approved to treat signs of sleep disorders such as narcolepsy, obstructive sleep apnea, and shift work sleep disorder, doctors often prescribe them off-label to treat ADHD & some other depressive disorders + other health conditions like jet lag and multiple sclerosis fatigue.

Modafinil and armodafinil work similarly. However, they slightly vary in terms of potency: Armodafinil is known to be 1.33 times more powerful than modafinil. Nonetheless, the majority of first-time users start with modafinil because it was the first drug to be designed for this purpose. Besides the brand-name medicine, there are many generic brands by different manufacturers on the market. People looking to treat ADHD usually choose between ModaXL vs Modalert. According to the ModaXL maker, it has an incredible advantage: It is regarded as more potent than Modalert. Why? Its absorption rate is 5% higher & its peak effect is up to 30% more powerful than Modalert & several other modafinil generics. The result is a more rapid onset of effects & higher potency.

Further, cognitive behavioral therapy (CBT) is a prevalent form of behavioral therapy for individuals, specifically children, with attention deficit hyperactivity disorder. As of 2016, about 77% of children with the condition aged 2 to 17 were getting some form of therapy, with approx. one-third (32%) obtaining both medication & behavioral therapy. Other statistics include the following [15]:

Furthermore, 1 in 4 children with ADHD is treated for the condition with neither therapy nor medication.

This has been an exhaustive review of the ADHD population around the world. It has covered many aspects of this condition and given some real statistics about it in children & adults. Many individuals are diagnosed with the disorder as children because its signs become noticeable in early development & academic activity. Symptoms of attention deficit hyperactivity disorder can show up in adulthood & affect one’s social relationships + academic & work performance. Doctors prescribe behavioral therapy + medication for the treatment of the disorder. Modafinil and armodafinil are extremely effective in managing ADHD symptoms.