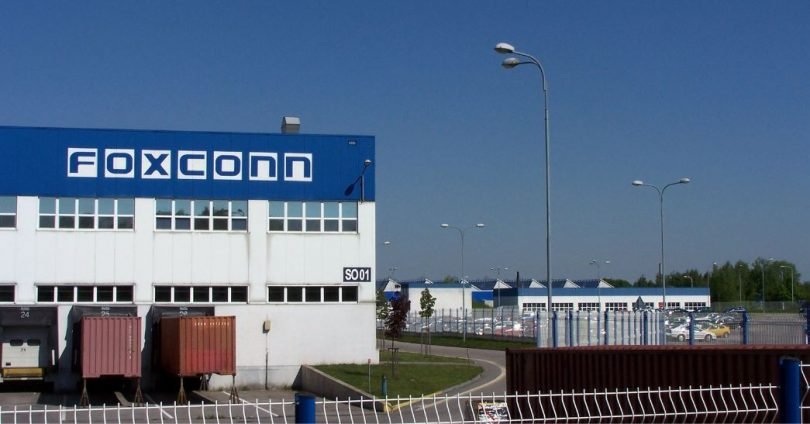 China, India, Japan, Vietnam, Malaysia, the Czech Republic, the United States, and other countries have R&D and manufacturing facilities built by the company. The company has over 83,500 patents and is heavily invested in research and development. The Company’s capabilities have expanded not only into the development of electric vehicles, digital health, and robotics, but also three main technologies-AI, semiconductors, and next-generation communications technology-that are critical to driving its long-term growth strategy and the 4 core product pillars: Smart Consumer Electronics, Cloud and Networking, Computing Products and Components, and Many others.

Terry Gou established Hon Hai Precision Industry Co., Ltd., or Foxconn, in 1974 as an electrical component manufacturer. Terry Gou, a Taiwanese billionaire businessman, was born on October 18, 1950. Following graduation, Gou worked for many factories before establishing Hon Hai which is Foxconn’s parent company in Taiwan in 1974. Hon Hai began as a television plastic part manufacturer with only ten elderly employees. Foxconn is now the world’s largest contract electronics manufacturer, employing 1.2 million people on the China mainland and offering as the country’s largest private employer and exporter.

Terry Gou established Hon Hai (Foxconn) in Taiwan in 1974 with $7,500 in seed money and ten older laborers, generating plastic parts for television sets out of a leased shed in Tucheng, a Taipei suburb. He received an order from Atari in 1980 to design the console joystick, which marked a significant milestone in his career.

He expanded his company even further in the 1980s by embarking on an 11-month road tour across the United States in search of new clients. Despite numerous security calls, Gou was successful in breaking into many organizations uninvited and obtaining additional orders as an aggressive salesperson.

In 1988, he built his first plant in mainland China, in Shenzhen, which is still his biggest factory presently. Operations expanded dramatically after Gou vertically integrated the assembly process and work facilities in China. The factory site was converted into a campus, complete with accomodation, dining, medical care, worker burial, and poultry increasing to deliver the restaurant.

In 1996, Hon Hai started manufacturing Compaq desktop chassis. It was a turning point, and it paved the way for the creation of bare-bones chassis for the other high-profile clients such as HP, IBM, and Apple. Within only a few years, Foxconn has grown into a consumer electronics behemoth.

Funding And Investors Of Foxconn-

Awards And Achievements Of Foxconn

Foxconn’s most recent awards and achievements:

Foxconn’s labour policies were repeatedly scrutinized. A Foxconn facility in Hengyang, China, breached labour regulations, based on an investigation conducted by China Labor Watch, a New York-based labour advocacy group, and The Observer, a British newspaper. This facility produces Amazon’s Echo smart speakers and Kindle devices. Here’s a quick overview of some of the alleged issues at Foxconn’s factories:

Suicides are a common occurrence – A wave of employee suicides rocked the company in 2010. There have been additional occurrences since then.

The exploitation of wages and working hours – In 2012, Foxconn was accused of underpaying its employees and forcing them to work excessive hours. As a result, the company has promised to cut shifts and raise wages.

Severe Accidents – One Foxconn employee suffered neurological damage as a result of an electric shock in 2011. In the same year, four people were killed and 18 were injured in a factory explosion.

Employees under the age of 18 and those working illegally– Foxconn acknowledged in 2012 that it employed minors as young as 14 at one of its facilities. Apple acknowledged late this year that student workers were found working overtime at a factory where the iPhone X is manufactured, in contravention of local rules.

Riots are common – A major riot involving over 1,000 employees occurred at one of the company’s plants in 2012.

Poor living conditions – The New York Times reported in 2012 that three-room staff flats could house up to 20 workers.

Hon Hai Precision Industry Co. has announced plans to grow its embryonic cars sector in order to offset declining growth in its primary consumer electronics assembly industry. Foxconn, on the other hand, seems to have no plans to sell these vehicles under the company’s own brand and will instead produce them for other car manufacturers. The company unveiled its first electric vehicle chassis and also a software platform designed to help EV manufacturers get models to market faster.

The company also indicated that by 2024, it plans to create a solid-state battery that could replace lithium-ion batteries in electric vehicles. According to Foxconn Chairman Young Liu, the company’s goal is to have a 10% share of the EV market by 2025, with approximately 3 million vehicles using its platform.

Hon Hai announced earlier this year that it will form an electric vehicle joint venture in China with Fiat Chrysler Automobiles NV. It is also collaborating on electric vehicle design with the Yulon group’s Hua-Chuang Automobile Information Technical Center. Tesla Inc. currently receives components from the Taiwanese company. Through automotive as well as other new operations, the company expects to boost its gross margin to 10% by 2025.