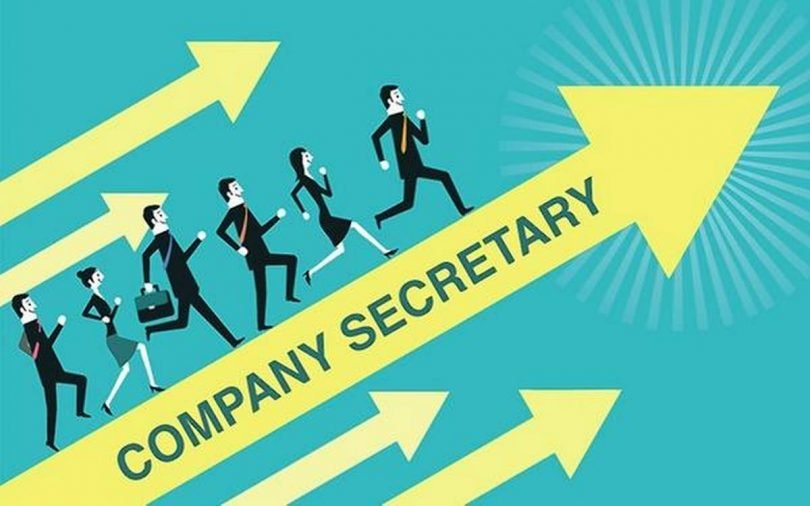 In the era where non compliance of the laws whether civil or criminal are increasing and due to which it leads to an offence imbibing the companies with severe penalties, so to avoid all this there’s an increasing requirement that master the entire laws of the company and “The law master”, none other than Company Secretary(CS) being hired so as to enable the companies to operate within the law.

COMPANY SECRETARY AS THE “KEY MANAGERIAL PERSONNEL” OF THE COMPANY

The key managerial personnel, being vested with the most important functions, is the one who works on the set goals and objectives of the company to be achieved by formulating strategies and its implementation, who are in charge of managing the operations of the company.

Under three stages a student has to undergo-

Despite its name , the work of Company Secretary is not only clerical or secretarial, he/she plans the strategies on corporate restructuring like amalgamation /merger, takeover, acquisition and winding up of the companies, prohibition of Insider Trading Regulations, Foreign Collaborations and Joint Ventures

A Company Secretary being an active partner with the directors, an advisor to the board, a resource to provide knowledge and expertise ensures board effectiveness and good governance and also an ombudsman for all the members of the co-operative community.

The dynamic business environment enables responsibility on the Company Secretaries to have a holistic view of the governance framework as key professional.

A Company Secretary truly act as the “conscience of the company”, having in-depth knowledge regarding the history and understanding of the company and is reliable to deal with confidential information of the company.

Under section 2(35) of the Income Tax Act, 1961 a Company Secretary is a “Principal Officer” of the company and ensures that proper income tax is deducted at source from the employees salaries and that the amount deducted has been deposited in Government treasury.

Company Secretary advice on the matters relating to intellectual property, advising on registration of patents, trademarks and copyrights and on anti-dumping matters and countervailing duties, passing off/infringement matters.

Company Secretary having passed required examination, possessing prescribed years of experience, enrolled with Insolvency Professional agency and registered with Insolvency and Bankruptcy Board of India can take up the matters relating to corporate insolvency resolution process as well as voluntary liquidation cases.

A Company Secretary in practice is recognized as “Registered Valuer” for the asset class securities under the companies (Registered Valuer and valuation) Rules, 2017 but there are certain eligibility conditions to be satisfied.

Company Secretary cannot perform audit in matters related to Goods and Sevices Tax (GST), but can comprehensively interpret the law of GST and play an important role in being an advisor and facilitator for due compliances under GST, procedural compliances including registration, filing of returns etc and can be helpful in proper tax planning as CS is competent to understand the impact of laws. since a CS is already playing the role of compliance officer under various laws and can assist under GST law also.

Recognition of Company Secretary in Banking industry by making Diligence report, certification, registration of charges, search and status reports in respect of banks.

Every listed company and public company having a paid-up share capital of ten crore rupees or more as per Rule 8 of Companies (appointment and remuneration of managerial personnel) Rules,2014

A company other than company covered under Rule 8 having paid up share capital 5 crore or more is required to appoint a whole time company secretary as per Rule 8A of Companies (appointment and remuneration of managerial personnel) Rules,2014

If any company makes any default in complying with the above mentioned provision, such company shall be liable to a penalty of five lakh rupees and every director nad key managerial personnel of the company who is in default shall be liable to a penalty of fifty thousand rupees and where the default is continuing one, with a further penalty of one thousand rupees for each day after the default continues.

In short- Every company (private or public) having paid up share capital 5 crore or more is required to appoint whole time company secretary.

Company Secretary, being defined as Key Managerial Person shall be appointed by means of resolution of the Board containing terms and condition of the appointment including remuneration.

–DIR-12 within 30 days of their appointment

–MGT-14 within 30 days of their appointment

An Audit refers to independent examination and verification of books, accounts of an organization to ascertain true and fair view of financial and non-financial statement of the company.

The Companies Act, 2013 has introduced the concept of Secretarial Audit for bigger companies in the areas of-

ICSI members holding certificates of practice (PCS) have been casted the responsibility to undertake such audit of companies.

Also, ICSI has taken initiatives in the area of auditing and set up ICSI Auditing Standards (Company Secretary auditing standards) to strengthen the auditing acumen, for this set up an Auditing Standard board for inculcation of best auditing practices among its members.

COMPANIES THAT ARE REQUIRED TO UNDERTAKE SECRETARIAL AUDIT

-Every public company having a turnover of two hundred crore rupees or more,

Every officer of the company who is in default, shall be punishable with fine minimum one lakh rupees maximum five lakh rupees.

The Secretarial Audit Report shall relate to the period pertaining to the financial year of the company.

Secretarial Audit acts as an effective due diligence exercise for the prospective acquirer of the company or a joint- venture partner and assuring the owners that affairs of the company are being conducted in accordance with requirement of law.

Adverse remarks or reservations or qualifications, in his report is to be stated in bold or in italics.

Company Secretary being one of the fastest going profession in the world is the best to start your career with.