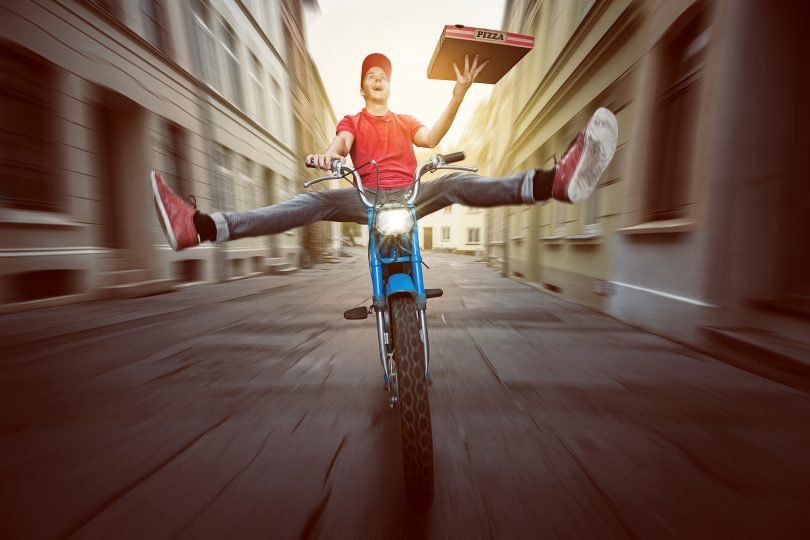 The rise of the Platform Economy, aided by the evolution of new digital technologies, has contributed to the tremendous growth of the food delivery sector in India. In recent times, this sector has witnessed the emergence of new players, as Swiggy and Uber Eats with already established players like Zomato tweaking their business models to align them with the demands of the sector. While the Online food delivery (OFD) platforms have opened new opportunities in the labor market and expanded the consumer base for existing restaurants, the delivery persons associated with them are witnessing challenges in terms of their employment status and their relationship with the platforms. Other than this there exist concerns over the sustainability of small restaurants and fair competitive market for them. The regulatory and institutional response, to the above concerns, has generally been on a case-to-case basis which has implications for the long-term growth of the sector.

In this study we try to focus on the –

2 To understand whether they are financially independent

3 To know whether they are satisfied with their work

The last decade has seen a shift in the traditional understanding of what constitutes work, the nature of employment, and skills required for being employed worldwide. In India, with the rapid expansion of service sector in urban and semi-urban areas, the forms of informal work have also evolved. Spurring this change is the parallel evolution and cheaper access to technology and internet services, facilitating the rise of platforms economies through companies like Swiggy, Ola, Uber, Zomato, Urban Clap, Airbnb etc. The nature of employment provided by such platforms to workers is temporary, on-demand work, considered gig work under the „platform economy‟. The participation here can be regular or occasional, and can be done for primary or supplementary earnings.

In an arrangement of this kind, organizations contract independent workers for temporary and short-term engagements. The status of the workers in platforms like Swiggy and Ola Cabs is not that of an „employee‟ rather the „delivery partners‟, in the official terminology. There is no contract signed against terms of duty, benefits available, notice period etc. The platforms consider these workers to be self-employed independent contractors, citing the freedom and flexibility associated with working for these platforms. On the surface, there is little control exercised by the business over how the services are delivered. However, gig workers around the world insist that they are in fact employees, as seen in the Aslam, Farrar and Others vs Uber (2016) case or the Pamlico Plumbers v Gary Smith (2017) in the UK, among others. The reasoning behind the claim was that their wages and terms of service are set by the company, and their work hours impacted by the structure of incentives and penalties in place at these businesses.

It seems, then, that the emerging platform companies seem to be repackaging the informality of work that has long existed in the Indian economy. The report „Emerging technologies and the future of work in India‟ published by the International Labor Organization in 2018 states that the upside to the lack of a clearly defined labor status in the gig economy is that it offers an opportunity to rearrange informality by increasing job security through standardization of payment, enabling access to the formal banking system and opening up opportunities for training and skilling.

Our objective is to understand about the working environment, financial status and satisfaction of job among online delivery boys. In order to collect sample data for our baseline survey, we conducted personal interviews. Our field survey was based across the region of east fort and west fort Thrissur and was conducted. The basic protocol we developed was for the survey team to meet with the delivery partners when they first arrived in each location, explain the research, describe the surveys, and obtain permission to proceed with the structured interview. In total, 30 delivery persons were interviewed in the following areas- west fort Thrissur and east fort Thrissur.

Delivery persons belonged to online food delivery companies Swiggy, Zomato and Uber Eats, as well as Shadow fax a third party delivery service provider to which Swiggy and Zomato outsources some of its orders.

The workers are divided among different regions to expand the services to everywhere. Regions are allocated to them. In the case of swiggy there is a hub operating in every region and this manages the workers there. Payment for them is different for different companies. Payments are weekly as well as daily depending on the company which they work. Each day a maximum amount to be collected is fixed when that amount is reached workers have to pay the sum and then only they can collect the order further. Workers are rated based on their performance and credit which is given by the customers and accordingly bonus is given to the workers.

Time for the work is fixed by the employee unlike other jobs. There is no prescribed timings as employee can start and end the job according to his discretion and he will be paid accordingly. Almost everyone works between 5-10 hours.

While analyzing the distance travelled, the kilometers ranges from 25-200km per day depending on the workers. Part time workers travel less as they join later and full time workers travel more to get the bonus associated with their service. Travelling charges are given by the company themselves so this doesn’t matter much to the workers while analyzing the monetary value but 90 % of them feels stress due to travelling due to traffic blocks, dumps and pits.so they incur a social cost which is not being compensated.

When analyzing the food delivery boys over 33% of them are preferring the work to meet their educational expenses. They work part time as online food delivery boys and other time they prefer for studies. People between the age group of 20-30 prefer this mainly.23% of them prefer their income from this to meet daily family expenses because their income acted as major contributor to their family. Taking the job for only pocket money was said by only 3% and least are preferring third for pocket money.

Majority of them entered in this job voluntarily .30 % of them left their previous job and entered this job as it provided freedom unlike other jobs.

20 % of the online delivery boys have taken two wheelers as loan to engage in this job but 80 % already have two wheelers as their own. Everyone had mobile connection and internet connection before getting engaged in this job. Travelling expenses are given by the company so monetary costs are less but there are social costs due to various reasons like stress, traffic block etc.…..

Accidental claims and other allowances are provided by the company other than income which attracts the workers to the job.

10% of the workers are return migrants and most of them were from gulf regions. They left their job and find this job profitable and satisfied as there is no controlling authority which attracted them to this job.

The satisfaction among the workers are depended on companies when analyzing the case of swiggy and zomato they are fully satisfied with their job as there is good and wide business and they coud earn more but most of the workers in ubereats are not satisfied as they could not get a good earning though they are daily paid.

The table shows the distribution of income allocated by the workers for various purposes based on the income received. Low income people are mainly focused on the basic needs. Their major proportion are being spend for basic amenities like food, shelter etc. when income increase three proportion for basic needs decreases and expense for leisure activities increases.

Most of the workers acting in this job are having plus 2 and degree qualification. As this job does not demand any qualification easy availability of job and free environment provided by it attract youth to these jobs.

When we analyses the situation of food delivery boys there is ample of work freedom enjoyed by the workers as there is no control or pressure over them unlike other jobs. But when we are analyzing the payment differences in the company determines the satisfaction of the workers. Swiggy and zomato has lot of business when compared to uber. Apart from the payment given there are allowances, claims and bonus for workers based on their performances. So most of them who are dissatisfied with their current job are engaged in this as it provides some authority to the workers. Travel expenses are met by the company and there are no particular qualification for this job. Those people with a two wheeler and an internet connection can get engaged in this work. Work time can be opted by the worker itself unlike other jobs. When we analyses the financial condition of workers most of them who earns less especially engaged as part time workers are not able to have a saving. But people who are fully engaged are satisfied with their income as they can decide time and earn according to that unlike other part time workers. Finally 90 percent of workers are satisfied with their working environment but in the case of income part time workers are dissatisfied.