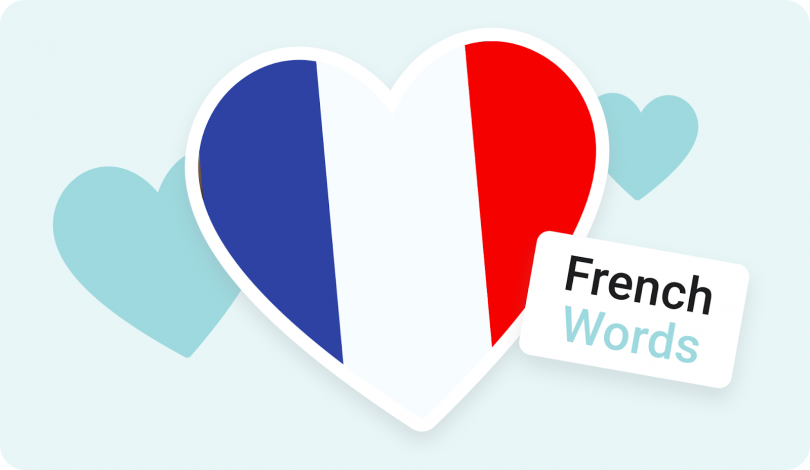 Think of the queen of all romantic languages and the first language name that comes to mind is French. Not only is it famous and people learn it because is highly versatile, it is the primary language spoken in France, one of the most beautiful countries in the world and also parts of Canada.

The only way to move to France and feel as if you are integrated into part of the society is if you achieve a certain level of fluency in the French language. If you become fluent, the entire array of universities and job opportunities in France. I am pretty sure that you know that France is famous for its world renowned universities and its fashion is to die for. Thousands of people move to France every year in order to work in the fashion industry or any of the ancillary industries. Thousands settle there for it is the heart of European culture and heritage. Not to mention, many move there because France has a relaxed lifestyle, quality Medicare and you get to live in a very beautiful country!

There are many apps which teach French, such as Duolingo, Memrise and what not. You can find thousands of youtube French language videos, millions of free French blogs and all of them seek to provide every information that is required for you to learn. Adding to this lost, across the world and in France, there are many training centres and academies which teach French both online and offline.

As a newbie to French, how should one start? Simple, you need to start with the absolute fundamentals which are nothing but French wordlists. There are hundreds of different kinds of wordlists containing all the common words such as dates or months or calendar events, list of all birds, list of all insects, animals, furniture and many more. Among the million odd French wordlists online, a few of them are mentioned below which will get you through the absolute fundamentals. Start slow and target the easiest lists.

Wordlist of most common animals in French

As a child, did you not know all the animals? Those are probably the first few words which you learnt, like dog cat cow etc. So the fundamental French wordlist which you should consider as a good starting point is “the list of animals in French”. It is quite easy and simple since most animal names are very similar to English and thus you can cover a lot of words in a single shot. The best part about this tagged blog article is that they give you over a hundred example sentences.

Secondly, start with “list of common Verbs in French”. Start off with the list of all common top 50 French verbs. Don’t kill yourself by trying to memorize a 1000. Focus and get accustomed to only 2 or 3 French verbs a day. You need to learn the usage of the verb and all its forms using loads of sentences so that you can get used to the usage of the verb in the right place in the right time. This is probably one of the most important lists as you tend to use verbs in almost every single sentence

Thirdly, memorize the “List of colors in French” as this is a super basic list of words. This list of colors in French is easy to remember, very simple and easy to memorize since the list is quite small. This list be a great starting point as you use colors for describing objects and hence you tend to use colors in sentences many times every day. For example, the French word for “brown” is “brun” which as you can see is a very simple straightforward translation. Another simple example is the French word for “blue” is “bleu”. You can get this list of all Colors in French memorized with less than half an hour of effort.

Whether you are in the USA or in India, in Europe or in Australia, you still need to cook and eat and for that you need to go to the supermarket. What do you buy? Fruits and vegetables of course and all the lentils and beans! Hence you need to know this first since you’ll have to identify the veggies in the supermarket. This “list of all vegetables in French” can teach you about all the different kinds of vegetables and beans in French and also provides you with hundreds of example sentences.

Similar to the list of all birds in French or list of all common animals in French, this list is quite easy to remember since the words are similar to English. You can cover the entire wordlist in a single day without breaking a sweat!

Now that you have memorized the list of all Vegetables in French, you need to learn about the list of all spices. I am pretty sure that one thing you would go to restaurants and try and read a menu card, which by the way is super descriptive on the spices that they add in the food. The “list of Herbs and Spices in French” will be a absolute boon in this place since you can understand the food that you order and thus actually be able to enjoy it.

You will be able to go to French supermarkets and be able to purchase any or every spice that you need to make a tasty recipe.

The other common word lists

The other most common wordlists which are worth spending some time memorizing are:

Another advice which I can give you is that, at the very beginning of your French journey, set aside one month to dedicatedly memorize simple wordlists similar to the ones mentioned in the above. The benefits will be incredible as you will end up understanding some words in every French sentence that you hear when having conversations. The best part is that if you know the key words, you can guess the remaining sentence and fill in the blanks. You will hence be able to make super simple conversations easily in French without breaking a sweat.

About the Author: Vivek Hariharan

The author of this article is Vivek Hariharan, a language buff with loads of free time. He owns and runs a free multi language blog called Childhood Stories which has dual language short stories in 8 languages which makes no money and gives him little pleasure.

Since the age of 13 he has had only one ambition: to become a published and famous author and he hasn’t changed since. He is just as immature and just as broke and just as “not famous”. His passion is to write a fiction series which will create an entire universe which he can live in and in that at least he has money to laugh at like a maniac.