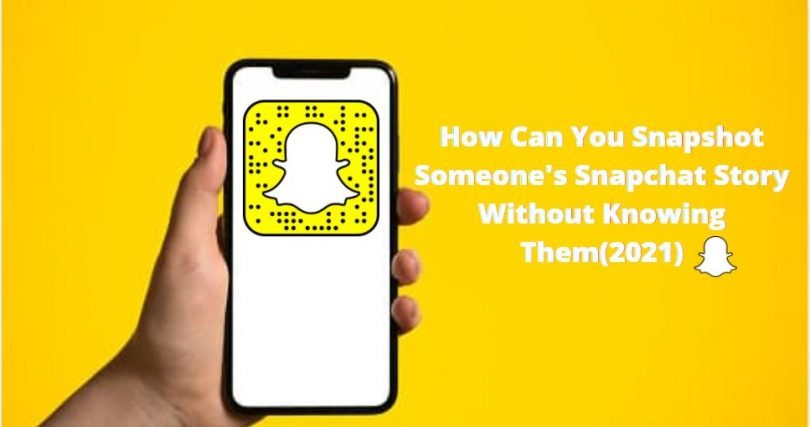 One of the most popular social media apps we have on our phones is Snapchat. Millions of teenagers and young adults around the world already use it. On Snapchat, we can share any type of photo or video with our friends. However, anything you shared with your friends would completely disappear as soon as you sent it. They disappear by themselves.

When a screenshot is taken by using the inbuilt screenshot feature of the device, the app sends a notification to the user who took the screenshot, just because Snapchat follows a standard procedure that notifies them. Also, it will appear in private conversations. You may not always want to notify a user about your screenshots. At that time these below tricks will help you to take a screenshot of someone’s Snapchat without letting them know.

Ways to Take Screenshot of the Snapchat

There are a few ways for secretly taking a screenshot on Snapchat.

It is one of the simplest tricks to take a screenshot of a snap without knowing them. Before turning on the Airplane Mode make sure the snaps are loaded but don’t open it. Now, turn on Airplane Mode via Settings before you open Snapchat. Wi-fi, mobile network, and Bluetooth should all be off. Finally, open Snapchat and take a screenshot of the snap you want to take and save it.

In about 30 seconds, you can connect to the Internet. No one would be aware that you had taken a screenshot of their snap.

With the Help of Another phone

Another way to take a screenshot without notification is by using another phone to record. Open the Snapchat and use another phone to take the picture or video of your desired photo or stories and send it to yourself. Now you are done. You can later crop it or edit it.

In Android, you can find a screen recorder in the notification panel or in the settings menu while in the iPhone, you must look in the Control Center of the device and if you did not find it here then go to settings then Control Center then tap on Customise Control. Add the option to record your screen.

In this hack, you need to mirror your device to another screen like a TV, computer. Use your device’s inbuilt feature to take a screenshot of a Snapchat story. All you have to do is enable the screen mirroring feature on your device. If it is android then you can find this feature in the settings and cast your phone on another screen. Once your phone is mirrored, you need to open Snapchat and record(whether it could be an image or video) with another device. Edit the recorded images or videos if you want.

Don’t worry if your smartphone doesn’t have this feature; there are plenty of apps on the market that can help you cast your Android or iPhone to another screen like a Smart TV.

There are a number of apps that can help you take a screenshot of a Snapchat Story. SnapSaver is for Android and Sneakaboo for iOS.

For SnapSaver, you must first download this app from Google Play Store. After downloading, open it. Now you need to select from options like the screenshot, Burst Screenshot, Screen Recording, and Integrated. Now, head to Snapchat and open the snap you would like to take a screenshot of. After that, tap on the SnapSaver camera icon that appears on the screen, and then you will be able to take a screenshot of a Snapchat story without the other person being notified.

For Sneakaboo, log in with your Snapchat username and password after downloading the app. Once you have logged in, the app will display all of your Snapchat Stories. Now, you can take screenshots of Snapchat stories without worrying that they will know.

With the Help of Google Assistant

Use Google Assistant to help you screenshot a snap without letting them know. This trick will only work for Android users. You must first open Snapchat and then your desired snap. After that say  “OK, Google” or by long-pressing the home button, to take a screenshot of the snap, ask Google Assistant to do so.

There is a significant disadvantage to this method is; you can not directly save the screenshot in your phone, you’ll have to send it somewhere else such as Gmail or other apps. Now, the final step is you need to download it, edit it if you want to and then save it in your gallery.

How to take Screenshot on Snapchat Without Letting them Know on Mac?

To take a screenshot of a Snapchat story on Mac you can use QuickTime recording. For that, you need to connect your device to your MacBook. Now, open the QuickTime player and click on the file option. Select the ‘New movie recording’ option. Select any of the available recording options and your iPhone as the video recording output. After that, go to Snapchat, play the snap you want to save, edit the recording, and you’re done.

The methods described above are easy and allow you to secretly take a screenshot of someone’s story. Just make sure it’s done for fun and isn’t meant to jeopardize anyone’s privacy or security.