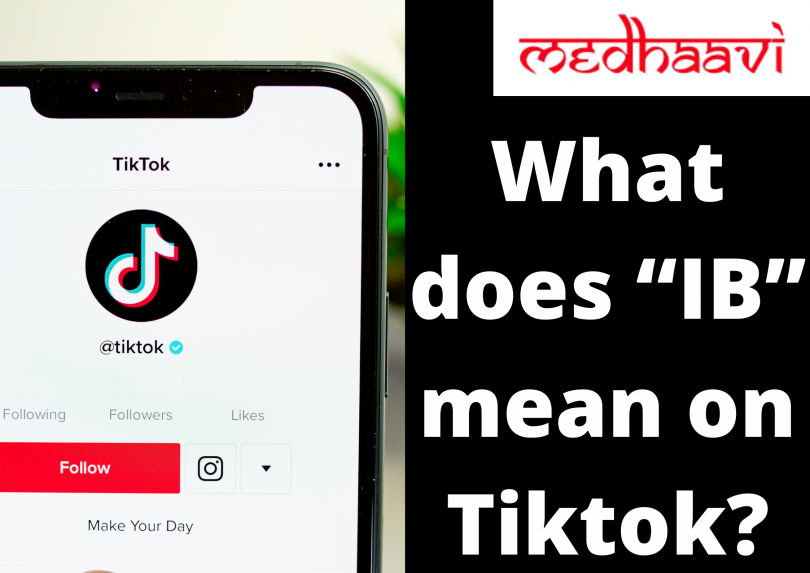 People who use TikTok the most seem to have their own language; there’s a whole list of TikTok-specific vocabulary words that only those who use the app on a regular basis truly understand.

We recently discovered a new one: “ib.” We’ve noticed a lot of people using the #ib tag in their video captions and had no idea what it meant. So we did some research and discovered that it has at least two meanings.

“Ib” is referred to as “Inspired by”.

When you see “ib” (or #ib) in a TikTok video’s caption, it’s usually followed by someone’s username, not the person whose video you’re watching. In that case, there’s a straightforward explanation. In a nutshell, “ib” stands for “inspired by.” When a dance or trend has inspired them to make their own video, people often use “ib” as a way to give credit. It’s similar to when people use “dc” to give “dance credit” when uploading a video of themselves doing a TikTok dance that someone else created. Although “dc” appears to be the more popular choice for dance videos, “ib” is also used frequently.

Although there are no official guidelines for crediting the accounts that inspire you in your TikTok caption, it is nice to acknowledge the original creators. It’s also not a good look to claim that an idea was entirely your own when it was heavily influenced by someone else (and we’ve all seen popular account followers go after people who “steal” content in this way!).

Having said that, there is another meaning for “ib” on TikTok (and in real life, too).

On TikTok, some of the videos with the #ib tag has nothing to do with being “inspired by” other people’s work. They have the #ib tag instead because they contain information about IB (International Baccalaureate) classes. IB classes are similar to AP (Advanced Placement) classes in that they allow high school students to earn college credit without having to attend college.

To receive an IB diploma and college credit, students must take classes in all six categories as well as Theory of Knowledge (assuming the schools they apply to give credit for IB classes).

The majority of TikTok videos about the IB programme focus on how difficult their workload is, which is understandable. It appears to be a rigorous educational method (especially now, when a lot of students are taking their IB courses online instead of in-person).

Anyway, now you know what TikTok’s “ib” stands for! Another TikTok mystery has been solved.