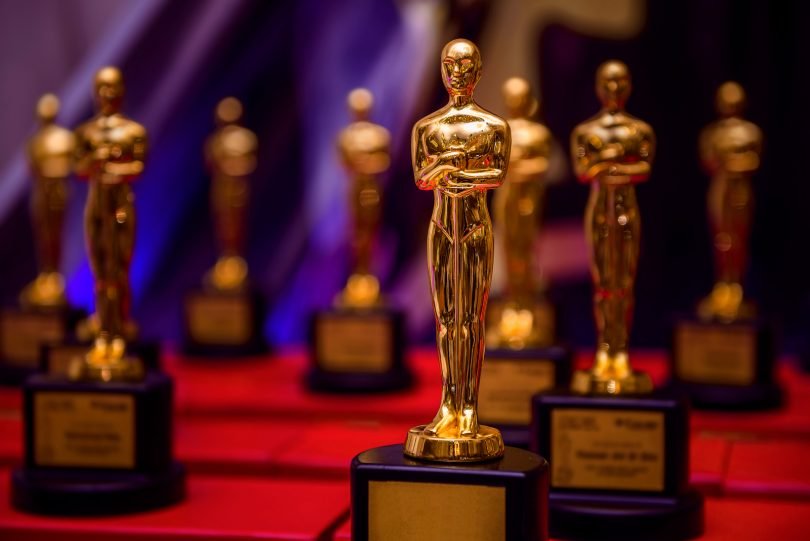 WE ALL DREAM IN GOLD

The academy awards or the Academy Awards of Merit also known by the name Oscar, are the awards for artistic and technical excellence in the Film Industry. Given out in January every year by the Academy of Motion Pictures and Sciences (AMPAS) located in Beverly Hills, California, U.S. to recognize the cinematic achievement of the year.

Every year, millions of film enthusiasts around the world turn their attention towards this glamorous event with the hope of celebrating the success of their favorite films.

So, here are some exceptional movies that will touch your soul for their unique story-telling and cinematography. These are indeed worthy of going to the Oscars…

Released in 2018, Tumbbad can be considered as a gem in Bollywood film Industry and way beyond any sort of Bollywood Masala Movies. Some critiques consider it as a milestone of the Indian Horror Films.

This horror cum historic drama revolves around a decaying castle in the outskirts of the village, ‘Tumbbad’ and is presumed to be a place for a secretly buried treasure guarded by a family for three generations. This immeasurable treasure belonged to a god named Hastar- he who can never be worshiped. As a first-born of the Goddess of Prosperity, Hastar was her favorite child and was offered the ownership of all the gold in the universe.But he went on to become very greedy and tried to take over the food fighting his own siblings. Hastar’s siblings overpowered him and was going to kill him but his mother intervened and begged for his life. Hastar was allowed to escape on a condition that he will never be worshiped or mentioned in any books and will be forgotten by history.

As an heir to this castle, young Vinayak had heard these stories but was warned against trying to attain it as it is guarded by an ancient, wicked demon. However, Vinayak makes a desperate attempt to find the treasure blinded by the stories of limitless wealth. Initially he succeeds in stealing the wealth but his own greed finally succumbs to the catastrophe of the demon protecting it.

This psychological horror portrays that a greedy human can be a lot more dangerous than any evil entity. With excellent cinematography and world class direction, the movie focuses on the movement of the story line rather than creepy sound effects which is generally found in normal thriller movies.  The grey shades of Vinayak Rao (Sohum Shah) with a pertinent mix of mythological characters and excellent shoot locations accompanied by continuous rains are surely going to give you chills. This excellent tale with repeated twists can be disturbing for some, but horror film lovers are going to experience the eerie atmosphere throughout the movie.

Another masterpiece with closest depiction to today’s society by Thiagarajan Kumararaja. The movie shows four storylines running independently but are connected by a thin line. The genre of the movie has all flavors from humor to mystery, thriller to drama, suspense to art.

It is interesting to see how these stories are interconnected to each other. The movie talk about all the subjects and situations of today’s world because they make us uncomfortable. This movie is a must watch roller coaster ride.

The story is set at Kumbalangi, a small island where fishing is the main occupation for the people. The movie is all about the tale of four carefree brothers (Bobby, Bonny, Franky, Saji), their love and their realizations. the movie takes the viewers through various emotional phases as the love-hate relationship of the brothers is shown very realistically with beautiful visuals.

The plot shows Saji often gets into fight with Bobby because of his anger issues. Franky goes along with Bonny (who is mute), and ashamed of his other two brothers. The movie shows a girl (baby) who has a crush on Bobby since they were in school. And at the end of the day Baby becomes Bobby’s girlfriend. But Bobby get rejected by Shammi (Baby’s brother-in-law) because of his family’s reputation in the society. This again leads to conflicts between Saji and Bobby and creates lots of problems for the brothers. Also, there life change when the faced the truth about their parents, that Saji’s mother married Bonny’s mother. After that she gave birth to Bonny and Franky. Their father died and the mother left the family for some religious mission.

You well find humor, rage, pain, love, discrimination, happiness. There is nothing negative you can find about the movie. Kudos to the entire team of Kumbalangi Nights.

After grand success of movies like Ishqiya and Udta Punjab, director Abhishek Chaubey’s Sonchiriya quite successfully upheld his legacy of featuring the unsophisticated lifestyle of countryside people.

The film dates back to 1975 when the Prime Minister, Indira Gandhi, has declared Emergency in the country. Using Bundeli dialect, writer Abhishek Chaubey and Sudip Sharma talks about the rebels of Chambal valley who termed themselves as ‘Baaghis’. The Baaghis were a bunch of decoits led by Man Singh (Manoj Bajpayee), Vakil Singh (Ranvir Shorey) and Lakhna (Sushant Singh Rajput) being the most important members of the gang. Man Singh looks for ways to procure more cash for buying arms to sustain their gang. In the meantime, Lacchu (Jaspal Sharma), gives information that a marriage is taking place in Brahmpuri village where a dowry of tons of gold and cash will be given to the groom by the bride’s father. Their gang reaches the venue with an intension to loot the wealth but the cops, led by Virender Gujjar (Ashutosh Rana) attacks them during the loot and Man Singh gets killed. Vakil and Lakhna manages to escape. Vakil, the then leader of the gang wants to fight the police whereas Lakhna is willing to surrender. Still running from police, they meet Indumati Tomar (Bhumi Pednekar) and her sister Sonchiriya (Khushiya) who has been raped by Indu’s father-in-law. Vakil agrees to provide a helping hand for taking Khushi to the hospital. On their way, they are stopped by Indumati’s family who urges to take Indumati and Khusi with them. While Vakil agrees to let them go, Lakhna is reluctant to leave them and revolts. The consequences of disapproval are what makes the later part of the film.

The relatively fresh and realistic plot surely talks a lot about the problems prevailing in the Indian caste system, superstitions and patriarchy. It glorifies the harsh life of dacoits and points out that they are true to their promises and can go to any extent to fulfill them. It is a movie with commendable cinematography and beautifully painted characters with everyone having a rebellious instinct. The fusion of entertainment, emotion and violence makes the film highly engaging modern masterpiece.