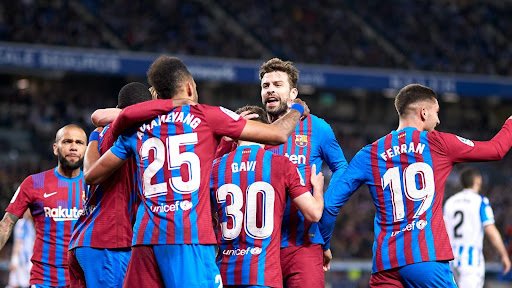 With six matches played already, the La Liga standings are already shaping out nicely. Real Madrid is the only team with a 100% record heading into game 7. While it can be tough to make accurate La Liga predictions as the season is still early, studying the performances of La Liga teams can offer good insights into how their 2022/2023 La Liga season may possibly turn out.

This season, there are clear signs that the competition in La Liga is getting stronger. Most La Liga teams have used the transfer window to reinforce appropriately. The FIFA world cup in Qatar is an additional incentive motivating players to fight for a chance to be in the world cup squad.

Suppose you think it is business as usual for the big teams in La Liga this season. In that case, you will definitely be in for a big surprise as the season progresses. The competition looks good for Spanish football, raising the anticipation for La Liga matches.

Game week six may be an early point for anybody to start making predictions about the league. There are 32 games to go, but the results and events of the last six games already highlight those in the race for the title and others competing for European places.

While the season is a long journey for teams and players, how the team or player finishes at the end is a cumulative of the points gathered on each game week. Trying to predict the league from game week six may sound crazy. However, it is crucial for fans to understand their team’s outlook and to also assess the performances for themselves as the league progresses.

Several factors contribute to team performances and their chances of emerging victorious at the end of the 2022/2023 season. One of the major factors is player transfers.

The summer transfer window was a busy one for La Liga clubs. La Liga clubs conducted some of the finest business on the transfer market. Barcelona, in particular, was going through a much-needed rebuild of Xavi’s squad. Other teams down the La Liga pecking order were also reinforced adequately ahead of the new season.

Here are some La Liga transfers that could determine who wins the league title at the end of the season:

The Polish striker was the subject of a protracted transfer saga between Barcelona and Bayern Munich. Lewandowski is a proven goalscorer who dominated the German Bundesliga over the last decade.

Barcelona needed firepower upfront. With Aubameyang nearing a move to Chelsea, Barcelona had to splash the cash to bring Lewandowski. Lewandowski is already delivering the goals upfront for Barcelona, with eight goals to his name in 6 games.

Raphinha’s transfer was one of the trickiest transfers made by Barcelona. Leeds had already agreed on a deal to sell the player to Chelsea.

Upon the player’s insistence, Barcelona had to arrange a payment structure to see them pay for his transfer in installments. Barcelona needs Raphinha’s flair and skill upfront as they challenge Real Madrid for the title.

The German defender left Chelsea on a free transfer to Real Madrid. Rüediger’s hard tackling and no-nonsense defending style will be critical for Real Madrid’s defense of the La Liga title. The German defender can play multiple roles and formations in defense. And he can be a perfect cover for any injured defender as the season progresses.

What are the chances of La Liga’s top teams?

La Liga’s top teams are in a tough race for the 2022/2023 La Liga title. The challenge for this season’s title is tough, especially with the World Cup in Qatar in November. All the top teams will have most of their players representing Spain and their respective national teams at the World Cup.

With six games already played, what are the title-winning chances of La Liga’s top sides?

Real Madrid is facing a tough challenge in their title defense. The defending champions largely maintain the same team from last season. The major additions are Antonio Rüediger and Aurelien Tchouameni. However, Real Madrid lost Casemiro, Gareth Bale, Marcelo, and Isco. Real Madrid was quick in the transfer market. This was because Carlo Ancelotti felt the squad was capable of the season’s challenge.

Real Madrid has a balanced squad and currently appears as the strongest squad on paper in La Liga. Injuries and suspensions will be tricky problems for Real Madrid, as already apparent with Eder Militao and Karim Benzema. Ancelotti will be banking on the team’s doctors to help them pull through the long season.

Barcelona’s financial challenges did not deter the team from bringing important players to strengthen the squad. With nine new players added to the squad in every pitch area, Barcelona has started this season on a better note than the last one.

Barcelona sits in second place behind Madrid, who leads them with 2 points. Barcelona’s firepower upfront is remarkable, especially with the signing of Lewandowski.

Barcelona is Real Madrid’s primary challenger for the La Liga title. Suppose Barcelona can secure El Classico victories while avoiding defeat to other teams. In that case, the La Liga title will be theirs at the end of the season.

Atletico Madrid is also running for the 2022/2023 La Liga title. Simeone’s side were not big players during the summer transfer window. Apart from Molina’s signing, which cost about €20 Million, other arrivals were loan signings and free transfers. Financial constraints may have limited Atletico Madrid’s transfer business. Still, the team is in a good position to challenge the La Liga title.

The 2022/2023 La Liga season is still early. The top teams will put everything they got because they know their performance at this stage will contribute to their success at the end of the season. The league schedule is tighter than the schedules for previous La Liga seasons. Pundits expect as the games come fast and hard, the real contenders for the title will need to grind out results to get any chance to win the La Liga title.