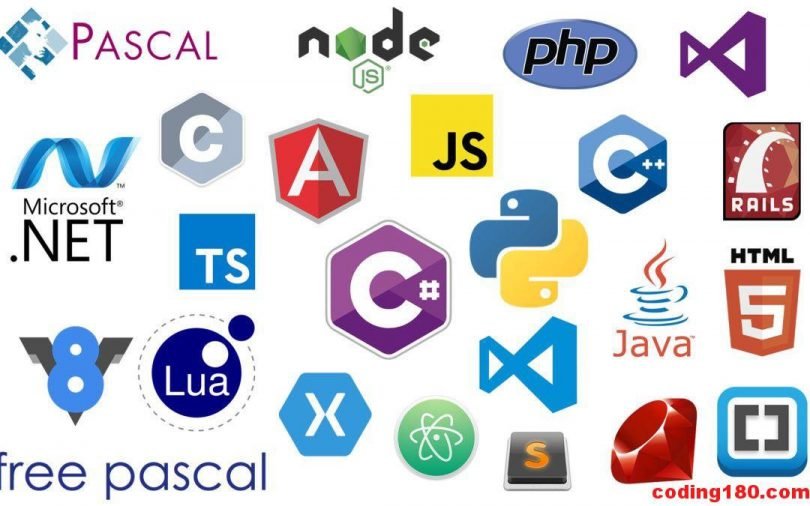 Before stepping into the top programming languages you must know some interesting facts. It will open your eyes to a whole new reality. Make your students and children know the cool stuffs about coding.

Here are the top 8 languages to learn.

It’s very familiar language among the youngsters. It’s one of the high level programming language. We can say it’s a scripting language that allows you to create a lot of code. And for your kind information YouTube, instagram, pinterest, survey monkey and many more things are all built in python. A lot of start-up are using python as their primary backend and so. So becoming a full stack python developer will open a wide range of job.

In 2008 python went through an up-gradation of the language to python 3 and there after there is no slowing down which has made python a go to Language for most of the developers because of its simple syntax.

So utilize the time by learning a new language python.

It is the front end programming language. For instance when you click a button which opens up a popup that is implemented by JavaScript.

Many start-ups are using NodeJS which is open source server environment. It runs in various platforms such as windows, Linux, UNIX, etc. NodeJS can collect form data and can also add, delete, modify data in your database.

you can look at the popularity of JavaScript to other programming languages.

Here is the tutorial for basic course on JavaScript

It is most commonly used language for data analysis and machine learning. R provides a wonderful framework and inherent libraries to develop powerful Machine Learning algorithms. R is additionally used for general applied math computing further as graphics. It has been well adopted by enterprises.

Here is a tutorial for learning R

It’s a compiled programming language designed at Google kind similar to C. it is often mentioned as GOLANG because of its domain name. But its actual name is GO. Because of its high-performance networking and multiprocessing it is very efficient.

Most of the companies adopt this technology for project development due to its clearer syntax and other features like concurrency support. New companies trying to adopt this programming language. So there is a wide scope For GO in the near future.

Look from a source its pretty clear GO has gained popularity and it would be very important in the near future.

learn it from the basics and master the language. here is a tutorial

It is the general programming language that is used to develop all iOS, iPadOS, MacOS and Linux based devices. It has made much easier to catch the software bugs. Developer’s hair turns grey creating complex apps but when swift replaces objective-C it will consume less time to create a complex app. Swift also offers syntactic sugar that avoids “pyramid of doom”

Learn swift and who knows your destiny and hard work could land you in Apple.

Hypertext pre-processor is one of the most popular backend programming language.  Previously it was criticised and not given much priority or rejected in large-scale web projects. But when the updated version 5.3 released back in 2009 it persuaded developers to rethink. Now the release of 8.0 version is on its way in November 2020. PHP is facing a tough competition from python and JavaScript but the market is still wide open for PHP developers.

As there is wide opportunity of job for a php developer so start from the basics and be a pro programmer.

Rust is an open source system programming language that is focused much on the performance and safety. Developers use Rust to create game engines, operating systems, file systems, browser components and simulation engines. It’s the mix of C and C++ programming language which emphasizes safe code by stopping programs that access the part of memory which they shouldn’t.

Big tech companies like Dropbox and Coursera has already started using rust internally. The popularity of Rust will grow in the near future because of its security features.

For example; – Tor an anonymity network usually written in C programming originally but they are experimenting to port it to Rust.

from the position of 33 it made it to 18th rank in just 1 year. there is wide range of scope in the near future.

Here is the tutorial for learning rust. its an in-demand programming language so learn it.

It’s an object oriented scripting language which offers garbage collection. It is mostly used for building web applications. Mainly it is implemented in Rail web which is used to develop fully functional web server.

Ruby is used by some of the largest software projects like twitter, GitHub, and Airbnb. In ruby everything is an object. Every bit of information and code has been given their own properties and actions.

TIOBE has Ranked Ruby in the 16th place in the index .

learn the Ruby programming language from the basics

No one has ever experienced in a good way by just reading the syntax and example from internet unless you try those syntax or examples in your applications. Practice code often, understand the worth and be the perfect.

Make your decision in this matter using these information and good luck for your new learning.