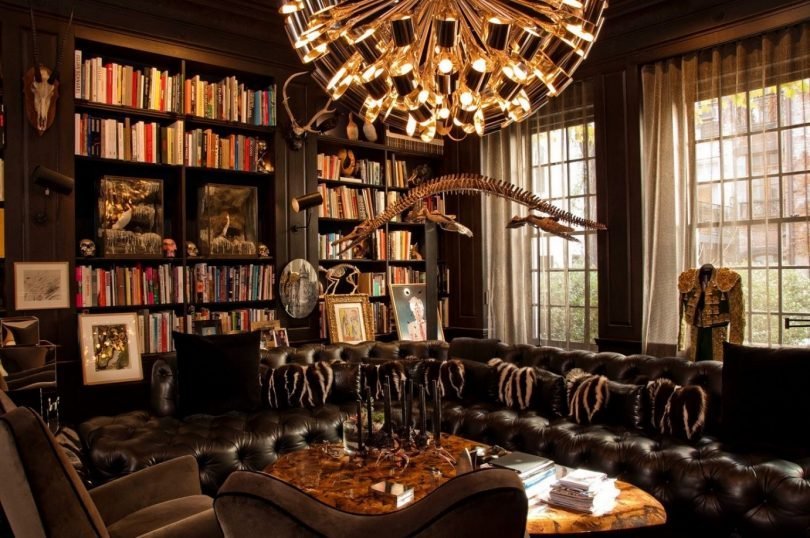 What is Gothic Decor ?

In general, the term Gothic is applied to mediaeval churches beginning in the 12th century. A member of the Germanic people who in the early centuries of the Christian period invaded the Roman Empire. A person who wears mostly black clothes, uses dramatic dark makeup, and has dyed black hair. Gothic cathedrals, supported by architectural techniques that had been forgotten since the fall of Rome, were huge in size and scale. There were smaller buildings with dark interiors for centuries before these churches, so Gothic churches, by contrast, were celebrations of light and divine grandeur. Identifiable on any surface by features such as stained glass windows, pointed arches, and ornate decorations.

For large churches, not private residences, the Gothic theme was used. So how do you build a church to look like a house? We are not actually talking about the mediaeval era when we talk about Gothic interior design. We’re talking about the 19th-century Victorian period, when designers revitalised Gothic motifs and built architecture in the Neo-Gothic style. The motifs and basic style of Gothic grandeur were intended to embrace Neo-Gothic buildings, albeit in secular and private buildings.

To do this, there are a few fundamental themes that designers use. The use of ornate decorations is the most significant. There were extremely detailed Gothic buildings, including carvings and patterns on all surfaces. Moldings with Gothic pointed arches, roses and spirals around windows and doors can add a sense of drama and sophistication. Furniture should have legs or backs that are carved.

The shades of Gothic aren’t all black. The style of this time was rich with pastels of colour. For a Gothic bedroom, medium to dark hues of red, gold, black, blue, grey and green make excellent choices. Instead of a main colour, black provides an outstanding accent colour. Black can be used as a primary colour, but there is a chance of darkness becoming too much.

Black becomes a dramatic feature in your design as an accent colour. Choose other colours together with two secondary colours for the primary colour (use one as an accent colour). You can use the varying hues of each colour to add excitement and depth to your room design. Austere simplicity in these spaces isn’t what we’re going to find. For instance :

When you pay careful attention to detail, a gothic bedroom design can be extremely sophisticated. These are the subtle touches that give a feeling of authenticity to this design style. The specifics start with the basic elements that you want to include in your design of the bedroom. One of the easiest ways to add personal touches and one of the ways of keeping a tradition going is with artwork on the walls. Mirrors with lots of details on the frames, pieces inspired by nature (such as skulls or a cool piece of corral) and vintage portraits in black and white are some suggestions within this realm – that are sweet and cool instead of cheesy. Have fun here and truly make it shine.

In a Victorian Gothic house, molding is everywhere. Many of the ceiling edges have thick crown molding patterns. They decorate the walls with square panels. The length of hallways runs on chair rails. In the domestic library, dark wood wainscot panels are included. Literally, trim is used both inside and out in the entire Victorian Gothic house. This is the best thing about this aspect of the design.

A lancet window is a majestic, small gap that points to its arch and, surrounded by massive panelling, is usually made of stained glass. This architectural motif was present in almost all middle ages homes and churches. While not all of us can simply add a lancet-style window to our main apartment, via mirrors or older, reclaimed stained glass windows hung as artwork, we can still add this architectural shape to our interior walls.

Consider incorporating elegant wallpaper with Gingham or Organza textures and patterns. Then consider trying wallpaper that is flocked with a velvet texture if you want intense elegance and drama. A bold flocked design with vibrant colours such as black, gold or deep burgundy would definitely add Victorian flair to your home. If the foliage fears you and seems too deep to make a commitment, then consider going bold with the colour of décor.

The conventional Gothic style is renowned for its complex architectural elements, such as pointed arches, ribbed vaults, etc. The style should be “rude and barbaric” mainly, from what the word means: that is, it should never fail to bring out the raw appeal in the design. Similar architectural features, moldings, arches and an atmosphere that reflects vintage architecture such as castles and cathedrals should be used in a Gothic style interior.

For your home, the modern Gothic interior design movement provides sophisticated, amazing and classy pieces. There are many explanations of the style accompanied by ideas to encourage your Gothic influenced interior design in order to integrate this opulent style into your home.

If most people hear the words Victorian Gothic, their minds automatically imagine black walls and decrepit, eerie, haunted-looking houses. Victorian Gothic is actually an architectural trend dating all the way back to the 1740s. This period boasts stunning, ornate architectural designs that for good reason, current homeowners want to emulate. The Gothic-revival movement is full of incredible, ornate, and elegant features that can be built today in your own home.